Racial wealth gaps and what your church can do about it 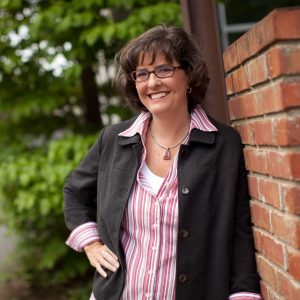 A few years ago in a powerful op-ed in the New York Times, Nicholas Kristof wrote that “the United States now has a greater wealth gap by race than South Africa did during apartheid. Whites in America on average own almost 18 times as much as blacks; in South Africa in 1970, the ratio was about 15 times.”

It’s not an accident that we’ve gotten to this place. The reasons are admittedly diverse and complicated, but one thing’s clear. Racism has played a significant part.

Luke Bobo, Made to Flourish’s director of curriculum and resources, recently published a helpful yet unsettling monograph, Race, Economics, and Apologetics: Is There A Connection? In it, he briefly summarizes how decades of racial discrimination in housing, finance, employment, and the criminal justice system have systematically reduced wealth-building opportunities for African-Americans. Banks “redlined” African-American neighborhoods, meaning they avoided making home repair loans to black homeowners. As a result, those properties depreciated in value. Similar actions limited mortgage loans to black applicants, preventing them from homeownership. Discrimination by real estate agents and sellers/landlords further limited where blacks could live, contributing to racially segregated neighborhoods. Jim Crow restricted blacks from many job and education opportunities.

These are not just problems from long ago:

The problems feel overwhelming. What can the average church do in response? A variety of approaches are needed: Education initiatives that provide better schooling for minorities and the poor, passionate advocacy for policies to redress the kinds of glaring injustices just noted,  job training programs, investments in minority entrepreneurs, and more. Congregations vary in their capacities for doing these things. But one thing many churches could do is shift some of their benevolence dollars toward matched savings programs.

Since 2013 North Avenue Presbyterian Church in Atlanta has offered “Faith and Finances,” a biblically based financial literacy class that includes mentoring and a 1:1 matched savings program. Class graduates can earn up to $1,000 in the months following the program. The church matches every dollar saved with one of its own.

Dion Miller used his savings to pay for truck driving school. His new commercial driver’s license earned him a position with a food distribution company that paid $1,000 a month more than his previous job. Dion and his wife, Renae, continue to save, working toward their dream of buying their first home.

Two other graduates have used their savings for college tuition, another bought a used pickup truck, and another replaced the windows on the house he’d purchased at a foreclosure auction. In short, graduates are increasing their human and financial capital. The program also gets people banked, says Matt Seadore, North Avenue’s director of mission and ministry. “We had a 90% unbanked rate upon entrance to Faith and Finances.  We have had nearly a 100% success rate with getting participants to open a savings account at a bank or credit union.” This cuts down on participants’ use of expensive check-cashing services.

Most churches respond to poverty by offering short-term income/consumption supports: free food, free clothes, a check to pay the overdue utility bill or rent. Such relief is sometimes needed and appropriate. But often it’s nothing but a Band-Aid that helps people manage their poverty for another month or so.

By contrast, asset-building strategies can actually help people escape their poverty over time. When a family develops a savings account, it has a buffer against “rainy days.” And assets can create more wealth: a house increasing in value or a mutual fund that pays a dividend.

An ambitious, randomized 2016 evaluation of matched saving programs by scholars from The Brookings Institution concluded that they’d contributed to a nine percent growth in participants’ liquid assets (e.g., savings, checking, and money market accounts); a 39 percent decrease in the use of non-bank check cashing services, and a 34 percent decrease in “hardships related to utilities, housing and health.”

So one important reason why churches should be running matched savings programs is that they work. Seadore was delighted to repurpose a $15,000 benevolence budget towards the 1:1 savings matches. “We were aware that benevolence monies were not always well-spent,” he says.

A second reason is that this ministry creates a context for relationships. As Steve Corbett, co-author of When Helping Hurts, explains: “The process of saving money for an asset purchase, even with match funding, is not quick….This is time that the church and its volunteers can spend loving the individuals in the program as well as their families.” These relationships have the potential to be mutually transforming and to promote cross-class and cross-race friendships.

But perhaps the most important reason for doing this kind of ministry is that for minority and low-income class participants it’s a small way of pushing back against economic injustice. Middle and upper-class Americans already have access to wealth-building opportunities through policies like the home mortgage deduction and retirement benefits like 401ks — which are essentially matched savings programs with employers contributing the matches. Since low-income earners rarely benefit from such programs the church can help by creating access to asset-builders like matched savings accounts.

Obviously, this approach alone isn’t going to reverse the wealth gap. But it’s one realistic concrete, and proven way a church can come alongside people long shut out from economic opportunities.

The Bible’s call to “do justice” means we can do no less.