Dan Coats was sworn in as U.S. Ambassador to the Federal Republic of Germany on August 15, 2001 by President George W. Bush. A former member of Congress, Coats represented the state of Indiana in the U.S. Senate from 1989 to 1999, and in the U.S. House of Representatives from 1981 to 1988. As Senator, Dan Coats was a member of the Senate Armed Services Committee, serving as Chairman of the Military Personnel and Air/Land Forces Subcommittees. He also served on the Senate Select Committee for Intelligence and the Senate Labor and Human Resources Committee. In the Senate, he joined with Democratic Senator Joseph Lieberman in advocating and authorizing a number of defense reform and transformation initiatives. 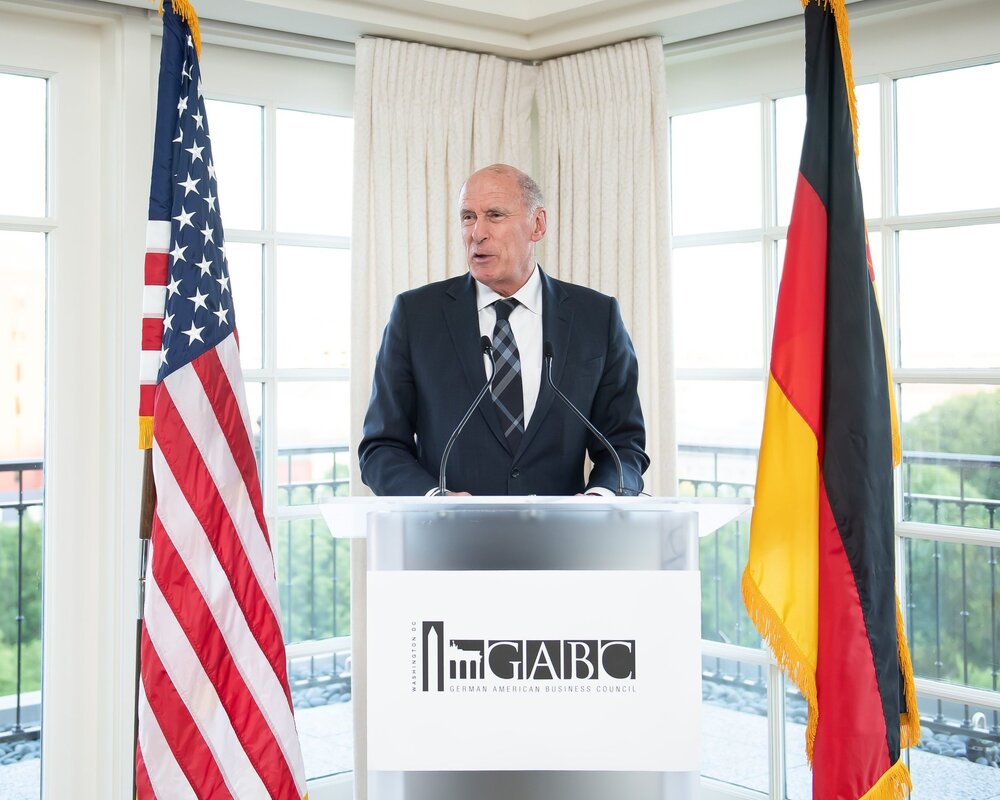 The Papers of Dan Coats

Sagamore Institute was co-founded by Dan Coats in 2004 as he was wrapping up his tenure as US Ambassador to Germany. We invite you to explore a timeline of his speeches and remarks below to learn more about Mr. Coat’s service to the United States security interests.

Regensburg and America in the 1950s

Addressing the Costs of Terrorism

Shared Goals or Separate Defeats: Why the West Must Be Reinvented

Byliner on Iraq in the Frankfurter Rundschau

Amerika Woche-Forum on Transatlantic Relations in Economics and Politics

Remarks at Opening of Kennedy Exhibit

American Foreign Policy in the 21st Century and the Transatlantic Relationship

The Transatlantic Partnership: Continuity and Change

Remarks to the American Club of Hamburg

Security and Freedom in an Insecure World

Dedication of the Konrad Adenauer Hall

Reflections at the Frankfurt September 11 Memorial

Future Security Environment: Political and Military Implications for the U.S. and Europe

Speech at the Brandenburg Gate