What was your plan for FHC in the beginning?

“The core of this program was to teach. I wanted to teach science. But you know what, in the beginning, I was hitting a wall. I would wonder, ‘Why is it that the urban kids hate science? Science is fun! I love science.’ I was talking with some of the kids one day and asking them what they wanted to do. One girl said, ‘Our school is dirty, can we plant flowers?’ ‘Whoa’, I thought. The light went on. I realized that I needed to fit science into their interests.

I didn’t know anything about plants but I started to get a lot of advice from plant scientists at Eli Lilly. We began to plan the garden and incorporate science and learning into the process. The kids weren’t interested in more sitting and listening. They wanted to do things. I realized this wasn’t going to work unless they told us what they wanted. Here, the kids are the leaders and we act as their guides and give them resources. That’s why this is a youth-led farm. No new project gets started unless they suggest it. Everything that is here is because one of our kids thought it would be a good idea. Everything.” 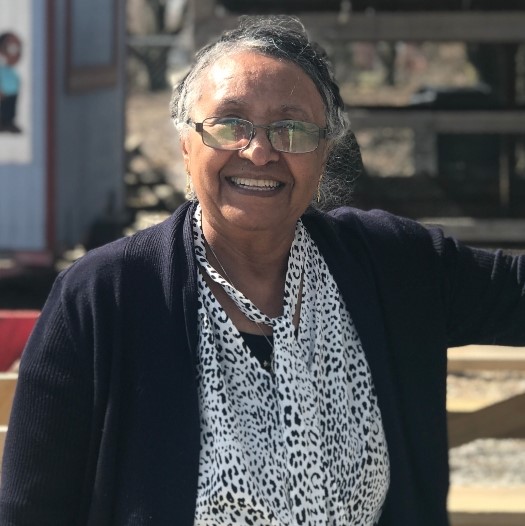 What were some of the difficulties you experienced in the beginning with FHC?

“You know, in the beginning, I don’t think the kids thought I would stay. They’d come in, we’d do things, and then they’d ask if I would be there the next week. Each week they would ask. Finally, I asked them, ‘why do you keep asking me this?’, and they would say, ‘because most people are here for eight weeks and then leave.’ It wasn’t until we started planning our garden, saying ‘It’s spring, what do you want to be planting here? What should we plan for the Fall? What do we want to do over the winter?’ that they began to trust us. It was this planning year after year that convinced them that we weren’t going to be going anywhere. By brining them into the planning they began to trust and feel secure.

Also, in the beginning, many of the kids would communicate with shouting and cursing. Sometimes things would be so loud. We never corrected them. Why? Because that’s the only way they know how to communicate. I would respond by not responding. Sometimes it was so bad, the cursing, I would have to say, ‘Okay, I don’t understand what that means. You have to explain it.’ And they would do the same to us. We’d never say, ‘you can’t talk to us like that’. No. After a few months of doing this, the respect just happened. Once that was built, the cursing was gone. The kids were correcting each other saying, ‘we don’t talk that way here’ without us ever having said a word. The work means a lot. They can’t read my mind, and I can’t read theirs. So, we have to communicate and ask each other questions and let one another communicate in the ways we are able to, making sure to listen to one another.”

How does understanding where you come from make you a better community member?

“It’s a beautiful thing. That understanding has to be built. Because when you are working with the younger generation, and teaching them about why their parents are the way they are, it takes away any defensiveness or hurt they’ve felt in the past. Any parent that comes from anywhere in the world wants their child to keep their traditions and their old ways while living in America. This creates conflict because the child now has to live two lives. It is intergenerational stress. In the house they are Ethiopian, Honduran, Mexican, but outside they are American.

I heard one of the boys in our program say that he didn’t know where he fit. He was black, so he tried to fit in with American black kids. But, it didn’t work. His home was different, and his upbringing was different from them. Then he said, ‘I’ll be with the whites’. But that didn’t work, because his culture was different. He said, ‘I didn’t know where I belonged.’ But, once he joined FHC and started working to understand his culture, his parents, his background, and started sharing it with the Marion county youth at FHC and his friends, he realized that he was fine either way. He said, ‘I realized that this is who I am. I have two worlds. And that instead of feeling bad, I should share these worlds with others.’

You see? All of that anger disappears, because now there is an explanation for their parent’s actions. What we have done through the years in Martindale-Brightwood is close the gap between the first generation and the second in the immigrant community while also opening dialogue between the local American youth and the immigrant community.  One day a week we have a cultural exchange day where parents and children come in. We have food and a lesson about somewhere in the world. This helps people to understand each other. Now the second generation can see both sides. They are learning about their heritage and bringing it to others. They are American, but they also understand the culture of their parents. They know where they belong and don’t feel the need to be angry.”

How have you changed since opening FHC?

“I do not do what I did in the corporate world. The kids don’t run on a 9-5 schedule. I can’t live my life saying, ‘let me call that person’, ‘let’s schedule this’, lets get this on the books’, I do it as the kids need it. People call me and say, ‘do you need this? Do you need that?’ I have never made an email list. People always come to me and offer themselves and their resources. This happens all the time.

Every time we say we need something, it happens. It’s a miracle. I had to get rid of this need to have things controlled. I got detoxed out of that mindset. I use it as a tool now. It controlled me for twenty-seven years, but now, I know how to use it.

If we are going to allow the kids to have a voice in this then this structure, this 9-5 style wasn’t going to work. They needed to be spontaneous. Their ideas needed to flourish; they couldn’t be constrained by my calendars. It was torture at first, but their excitement, their smiles, and their hugs just said, ‘This is great. This worked. They’re happy.’ If this is how things work, I don’t want to change it.

Also, there is no way we could’ve survived if it weren’t for our skilled volunteers. No way this could happen if I wasn’t able to donate 100% of my time to FHC.

You know, a lot of people ask, ‘you must really be good, how do you get the news out?’ We don’t. The children around here do it themselves. We think we’ll have twelve kids one day, but no, eighty will show up because of the other kids. God has done wonderful things here. If God has used me to do this, then we are going to continue to do it.”

What made you decide to stay in Indiana rather than go anywhere else?

“The people of Indiana are very loving. They are themselves teachers and givers. I’ve been to a lot of big cities, and I could’ve moved many times, but there’s something special about the people here. They are in it for the long run. They check in on you, they pull you into community. They want to help you accomplish your goals. When I tell someone, ‘this is what I want to accomplish’ then they are going to help me get there. I love Indiana. I love what it is now, and where it has come from. It is drastically different from what it was forty years ago, and it has only gotten better. “

What does being a good community member or citizen mean to you?

“Being a good citizen and a good community member are not about losing yourself. It is coming together and then saying if there is a problem how do we solve it together? Everyone has something to contribute to where we live. Everyone! It doesn’t matter where they come from. Everyone can bring in their own beautiful rainbow ideas to everything that is being done in the community. It’s just being open-minded. Respecting every person as they are and listening to what they have to say.”