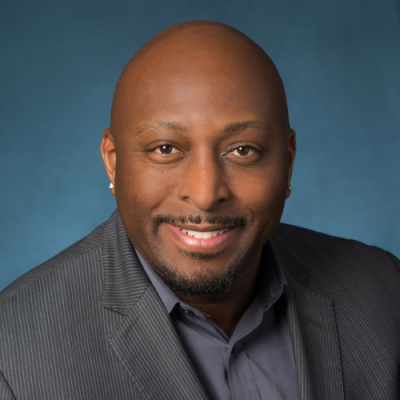 Earl Martin Phalen is a nationally recognized education leader with a track record of successful leadership and innovation. He joined the Kauffman Foundation as a Trustee in March 2016.

Phalen is the founder and CEO of Summer Advantage, a summer reading program that partners with school districts to provide quality summer learning programs for children in grades K-12, and the George and Veronica Phalen Leadership Academies, a network of K-8 blended learning charter schools.

The Summer Advantage program is one of only two scientifically proven models in the country and has served more than 15,000 children in five states since its inception in 2009. Phalen Leadership Academies was selected by the Indianapolis Public Schools district to take leadership of one of its persistently low-performing schools and to partner with IPS to transform the school into the state’s first officially designated “Innovation School.”

Phalen began his career in education while a law student at Harvard, where he founded Building Educated Leaders for Life, which operates after-school and summer education programs in several major U.S. cities. Under his leadership, the organization grew from a local community service project to a national non-proﬁt educating 15,000 children annually.

In 1997, President Clinton awarded Phalen the President’s Service Award for his impact on the lives of children. He also is a Mind Trust and Ashoka Fellow; was awarded the Black Entertainment Television (BET) National Hero Award; and is a three-time recipient of Fast Company’s Social Capitalist Award. He has earned recognition in numerous national media outlets, including TIME Magazine, MSNBC’s Education Nation, Parent Magazine and Education Week. In 2014, the NCAA awarded him its Silver Anniversary award.

Phalen holds a bachelor of arts in political science from Yale and a law degree from Harvard.