Johnson-Sirleaf spoke to the Sagamore audience regarding rebuilding the failed states of Africa. In campaign mode, she outlined her plan for reform, explaining how she would curb corruption.

“There has to be a fundamental altering of the way we do things,” Johnson-Sirleaf said. “And that means we will have internal havoc because we must uproot the vested interests that have kept things the way they are for such a long time.” The Harvard alumna, who won the 2011 Nobel Peace Prize alongside two of her colleagues, went on to win 59% of the vote in 2005, propelling her to the Presidency becoming the first female head of state on the continent of Africa. 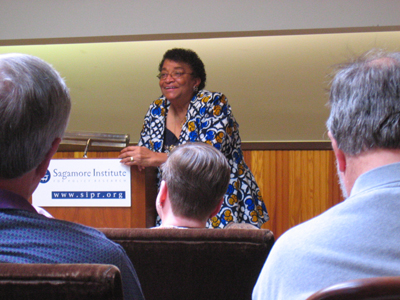 During Johnson-Sirleaf’s second term in 2012, a prominent activist, who helped make Johnson-Sirleaf’s presidency possible, also visited the Sagamore Institute. Leymah Gbowee, a women’s rights activist who shares the 2011 Nobel Peace Prize with Johnson-Sirleaf made remarks to a Sagamore audience before embarking on a campus tour of central Indiana.

Gbowee, who led a coalition of Muslim and Christian women in peaceful protests that brought warring Liberian factions to the negotiating table to end Liberia’s civil war spoke on her experiences in peacemaking before remarking on how she and Johnson-Sirleaf maintain civil society. 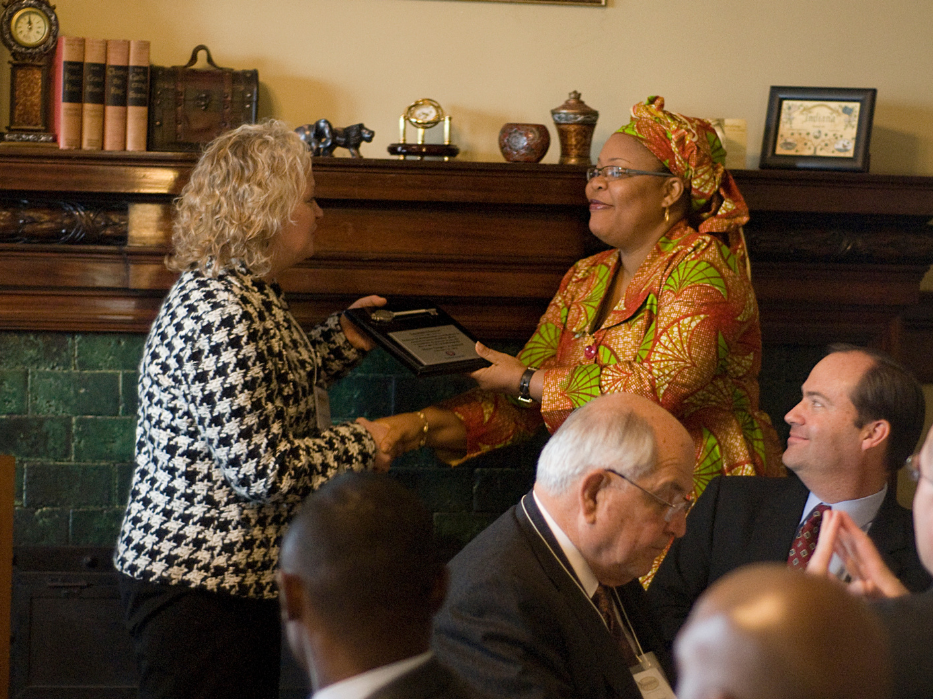 Indiana’s connections to Liberia and Sagamore Senior Fellow Donald Cassell’s scholarship attracted another prominent visit from Liberian Ambassador to the U.S., His Excellency William Bull. Bull reflected on Sagamore’s interest in private participation in international assistance, Ambassador Bull addressed the role of the Liberian Diaspora and its remittances in Liberia’s National Development. Ambassador Bull was joined by Dr. Sei Buor, a member of the Diaspora who is using his Indiana network to form a university in his native land. 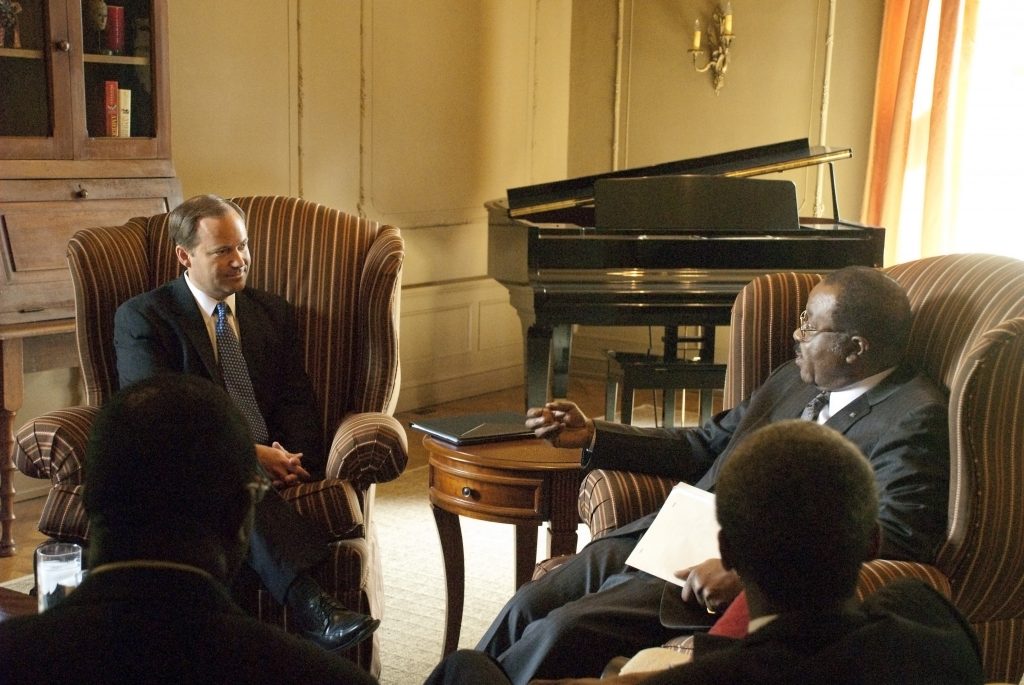