The Celebrating American Ideas Award honors those who take big ideas and move them into bold action. In 2010, the award recognized Phillip Johnston’s timely idea to use the ancient Navajo language as a secure communications code during World War II. This idea came at an important moment in history, when Japanese intelligence experts were breaking every code the U.S. forces devised.  Johnston, a World War I Veteran and son of a missionary, was raised on a Navajo reservation and spoke the native language fluently.  Johnston recognized the remarkable potential of the Navajo language to serve as an indecipherable code – it was an unwritten language of extreme complexity with no alphabet or symbols.

Answering Johnston’s call, a small band of Navajos became U.S. Marines. From their ancient language, these modest sheepherders and farmers devised the most successful code in U.S. military history, using it to transmit secret communications in the Pacific theater from 1942-1945. At Iwo Jima, Major Howard Connor, declared, “Were it not for the Navajos, the Marines would never have taken Iwo Jima.”  Their heroic service played a pivotal role in saving countless lives and hastening the end of WWII. 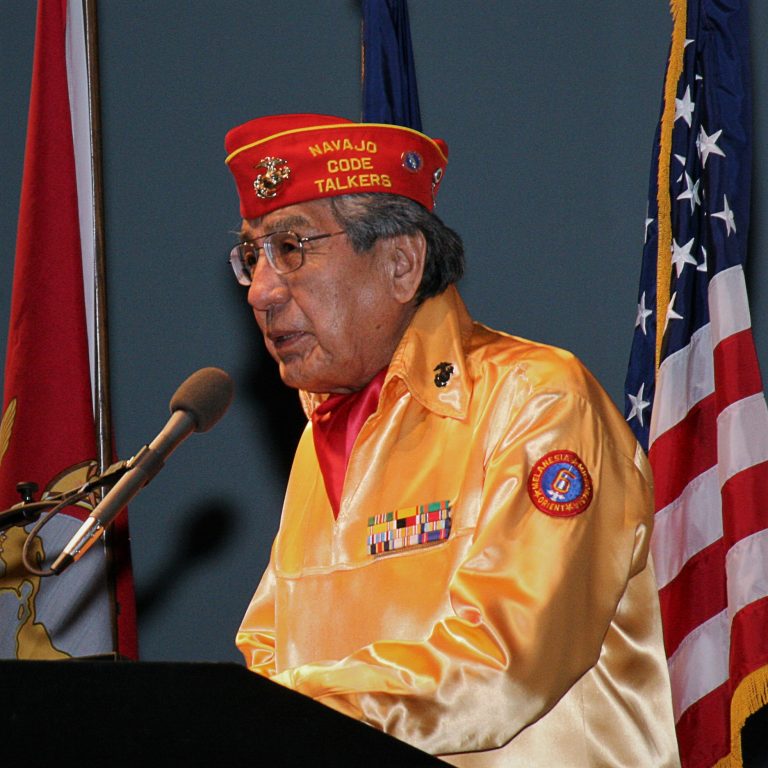 Watch the entire “Celebrating American Ideas” event below, or skip to 32:28 to see the Navajo Code Talkers receive their award.