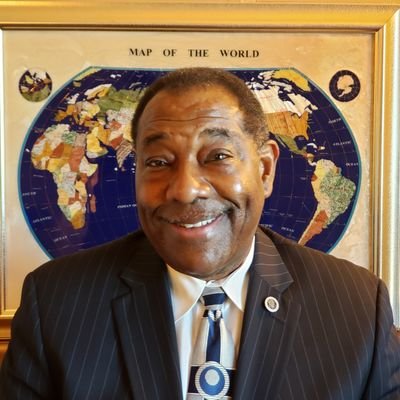 Dr. Malichi is often referred to as the “Go-To-Guy,” an influential high-profile global connector, and problem solver by his contemporaries for his expert global business diplomacy, facilitation and communication skills, when addressing trade-related issues for SMEs and for overcoming difficult trade barriers for securing and closing cross-border deals flows, amid geopolitical risks.

Malichi Group Worldwide was invited by INC. MAGAZINE for the prestigious honor of inclusion in 2017 and 2018 INC. 5000 fastest growing private companies in America.

In his 25th year, Dr. Malichi currently serving as Vice Chairman of the Indiana District Export Council, was recently reappointed to another four year term by the U.S. Secretary of Commerce (a federal appointment), to the U.S. & Foreign Commercial Service, U.S. Department of Commerce, Indiana District Export Council. He is serving his fourth White House Administration as a SME global leader advising and advocating exporting, free trade agreements, and other international trade-related issues.

Awarded on October 14, 2017 during the Indiana University Homecoming weekend. Dr. Toby Malichi was honored as the Inaugural Divine Nine Exemplar Legacy Award recipient, by the Indiana University Alumni Association and the Neal-Marshall Alumni Club in recognition of his exemplary representation of the highest ideals of Kappa Alpha Psi Fraternity, Inc. and Indiana University. “We salute your contributions to your profession, your service to the community, your impact on society, and your influence as a role model.” Dr. Malichi’s name will be enshrined on a permanent plaque in the Grand Hall of the Neal Marshall Black Culture Building, located on the campus of Indiana University, Bloomington, IN.

During the United Nations General Assembly for 2017. Dr. Toby Malichi was invited and selected to be a Delegate at the UN Global Compact Leaders Summit.

Dr. Malichi is a member of The White House Business Council and an Affiliate member of Business Forward. He is currently a board member of the American China Society of Indiana; Board of Advisors, U.S. Global Leadership Council, and the Institute for International Business (CIBER), Kelley School of Business, Indiana University, Bloomington; Board of Directors, Independent Colleges Indiana (ICI) (31 private Colleges and Universities); Auxiliary Chaplin for the Marion County Sheriff’s Department, An inaugural member of the prestigious Society of the Sagamores; Sagamore Institute Think Tank,  and former board member of the U.S. Chamber of Commerce. Dr. Malichi is guided by the scripture proverbs 4:7.

With an international business reputation for integrity, excellence, and respect of people and culture. Dr. Malichi’s broad international trade experience, mastery, wisdom, and excellent judgement is of extraordinary value to any global SME, international business leader, high net worth individual, CEO entrepreneur or Nation seeking to maintain privacy and confidentially when transacting global business across a broad spectrum of global industry sectors.

Dr. Malichi is a former 6 year member of the board of directors for the U.S. Chamber of Commerce headquartered in Washington, D.C.; served on the international policy committee for 13 years, and is a charter board member of the Chamber’s Small Business Council. He also served on the executive committee and 6 years on the board of directors for the Center for International Private Enterprise (CIPE) in Washington, D.C., a non-profit affiliate of the National Endowment of Democracy and the U.S. Chamber of Commerce, which funds and assists the development of market-based democratic institutions through-out the developing world.

Dr. Malichi has also served as a selected official volunteer small business leader, spokesperson and advocate on behalf of the White House Administration promoting the North America Free Trade Agreement (NAFTA); and his congressional testimony on NAFTA before the United States House of Representatives is recorded in the 1993 Congressional Record. As a result of his work on the successful passage of NAFTA, Dr. Malichi was invited by President Bill Clinton and Vice President Al Gore to be a guest at The White House for the historical signing ceremony of the NAFTA Accord. Former President(s) George H. Bush, Jimmy Carter, and Gerald Ford also participated in this historic ceremony.