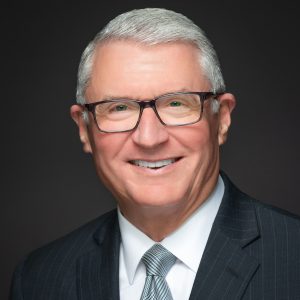 Dr. Rex Bolinger currently serves as the Head of Strategic Partnerships for the Modern Classrooms Project. It is the nation’s leading nonprofit devoted to training educators in leveraging technology to meet the diverse needs of their students.  This is accomplished through an innovative instructional model that includes blended instruction, a self-paced structure, and mastery-based grading.

Prior to this role, Dr. Bolinger served as the Senior Vice President and Chief Partnerships Officer for Project Lead The Way (PLTW).  Before joining PLTW, Dr. Bolinger served as the Executive Director of Team HOPE (History Opens Eyes) and worked directly with a group of Milken Educators and former U.S. Secretary of Education William J. Bennett in developing online teacher and student supplements to Dr. Bennett’s American history books.  He has also held the position of Director of School Development with the Woodrow Wilson National Fellowship Foundation where he led the creation of early-college high schools in five states.  Earlier in his career he led an Indiana high school to be named a New American High School, awarded during a White House ceremony.  He was also the founding CEO of Herron High School, a national award-winning high school in Indianapolis, IN.

Dr. Bolinger was recognized as one of the 2020 Top 100 Educational Leaders in the World by the Global Forum for Education and Learning (GFEL).  He has also received the prestigious National Milken Educator award and was recognized as an Indiana High School Principal of the Year.  Additionally, Dr. Bolinger served on the National Commission for the High School Senior Year and was later recognized by Ball State University with its Distinguished Alumnus Award.