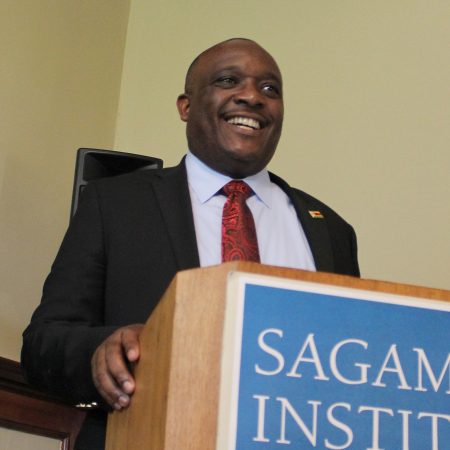 Dr. Noah Manyika is the convener of the Build Zimbabwe Alliance, a Zimbabwean political party driven by accountable leadership which engages with citizens for them to be active, solution focused participants in the country’s renewal and restoration, positioning Zimbabwe for rapid socio-economic development.

He has vision for a new Zimbabwe in which leaders will be accountable to the citizens and the citizens will actively join the leaders in building Zimbabwe. He is a foreign policy, international business diplomacy, communications and community development expert.

Dr. Manyika has pioneered several social and community initiatives in the past 20 years in Zimbabwe and in the United States of America. He designed national healing programs for the Zimbabwe Government of National Unity (2009-2013). He has served on the Affordable Housing Cabinet of Mecklenburg County and on the Board of Visitors of Queens University in Charlotte, North Carolina, and the boards of United World Missions and Harvests of Hope which between them, have projects and workers in over 30 countries. He was also the principal visionary behind the founding of the Charlotte Children’s Scholarship Fund and Brookstone Schools of Mecklenburg County.

Dr. Manyika is a Fulbright Scholar and graduate of the School of Foreign Service at Georgetown University in Washington DC and of the Stefan Gheorghiu Academy in Bucharest, Romania.