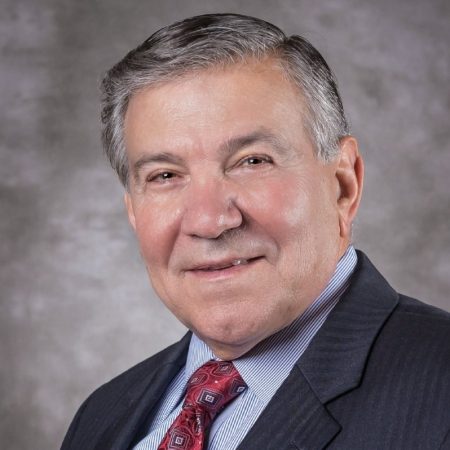 Treasurer | Board of Trustees

VADM Mike Bucchi, USN (Ret.) was commissioned in 1970 and completed flight training to be designated a Naval Flight Aviator. He retired in 2003 after an active duty tour as Commander of the United States Third Fleet and joined Ocean Systems Engineering Corporation (OSEC) as Chief Operating Officer and Executive Vice President. He was named President in 2005. In his service with the U.S. Navy, VADM Bucchi served in positions including an instructor at Top Gun, the Navy Fighter Weapons School, and an Operations Officer for Fighter Squadron Thirty-one during its first year as an F-14 squadron. VADM Bucchi was promoted to Flag rank in 1994 and was assigned as the Deputy U.S. Military Representative to the North Atlantic Treaty Organization (NATO) Military Committee in Brussels, Belgium. VADM Bucchi is a graduate of Harding College and the national War College.