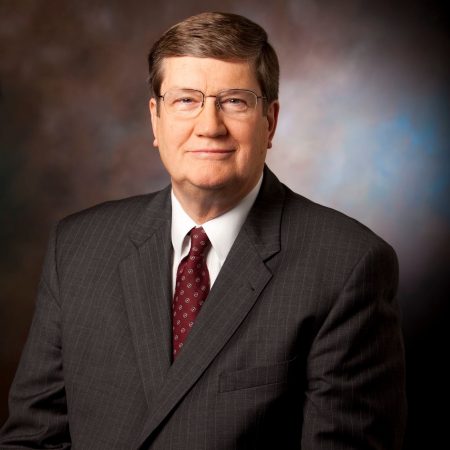 Secretary | Board of Trustees

Dayton H. Molendorp is chairman of the board and CEO of American United Mutual Insurance Holding Company (AUMIHC), the parent of OneAmerica Financial Partners, Inc. He leads OneAmerica’s nationwide network of companies and affiliates. OneAmerica companies offer a wide variety of products, including retirement plan products and services, individual life insurance, annuities, asset-based long-term care solutions and employee benefits. Named CEO on Sept. 1, 2004, Molendorp assumed leadership of OneAmerica during a time of significant growth potential. Charged with the mission of leading an enterprise that is client-focused and able to deliver long-term value to its stakeholders, Molendorp’s early years in the field exposed him to what he refers to as the “miracle of life insurance” and the impact of insurance on families and loved ones. Under Molendorp’s leadership, OneAmerica has experienced robust growth. Since his promotion to CEO in 2004, enterprise sales for the OneAmerica companies have grown 160 percent, and total available capital grew 58 percent to $1.5 billion in 2013 with no additional debt issued. In addition, OneAmerica’s assets under administration have more than doubled to $34.2 billion. Rating agencies A.M. Best and Standard and Poor’s have taken notice of OneAmerica’s exceptional performance under Molendorp’s leadership. The financial strength ratings of the OneAmerica companies were upgraded to an A+ (Superior) rating by A.M. Best in 2011, while Standard and Poor’s have given a AA- (Very Strong) rating to the OneAmerica companies. Molendorp also successfully led the 2004 affiliation between Indianapolis-based insurers AUL and The State Life Insurance Company. In 2006, State Life purchased the financial services division of Golden Rule Insurance Company. The agreement increased the assets of OneAmerica’s individual insurance operations by $1.8 billion and brought asset based long-term care solutions to the portfolio of the OneAmerica companies.

An experienced leader, Molendorp has more than 38 years of experience in the insurance and financial services industry. After college and four years in the U.S. Air Force, Molendorp started his professional career as an agent with Mutual Security Life, Fort Wayne, IN. While with Mutual Security Life from 1974 to 1987, Molendorp worked as an agent, general agent and vice president of marketing support. He joined OneAmerica affiliate American United Life Insurance CompanyÒ (AUL) in 1987 as vice president of individual marketing support and was later named senior vice president of individual operations. Molendorp was responsible for the introduction of fixed annuity business into the company’s individual division. In 2003, he was named AUL executive vice president and, in 2004, was named president and CEO. In February 2007, Molendorp was appointed chairman of the board of AUMIHC.

Molendorp and his wife, Trudy, reside in Indianapolis and are the parents of two grown children, Carrie and Jon, and grandparents to Anna Grace and Dayton James. Dayton and Trudy are active members of College Park Church in Indianapolis.