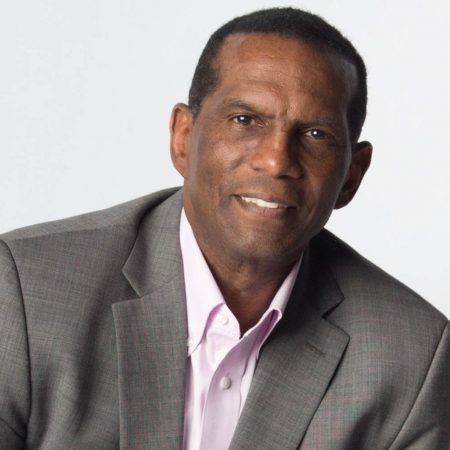 Burgess Owens is a former University of Miami and NFL star who travels the country delivering a message of optimism, hope, and unity. He spent his childhood growing up in the Deep South during a time when the barriers of segregation were being torn down. As the third black American granted a scholarship to play football at the University of Miami, he earned a Bachelor of Science degree in Biology/Chemistry. During his college career, Burgess was named to Who’s Who Among College Students in American Universities and Colleges. He was inducted to the Hall of Fame of Outstanding College Athletes of America and later to the University of Miami’s Hall of Fame and the Orange Bowl Ring of Honor.

Following college, Burgess was the 13th player drafted in the 1st round by the NY Jets. He was selected that year as the Jets’ Rookie of the Year and to the NFL’s All-Rookie team. After being traded to the Oakland Raiders, Burgess lead the Raiders defensive squad in tackles on their way to the 1980 Super Bowl Championship.

Since retiring from the NFL, Burgess has devoted his time to mentoring and improving the lives of our next generation of leaders.  He founded Second Chance 4 Youth; a Utah based non-profit organization dedicated to helping troubled an incarcerated youth. Burgess is an outspoken advocate for conservative values and intends to return Utah’s 4th Congressional District back to Republicans.